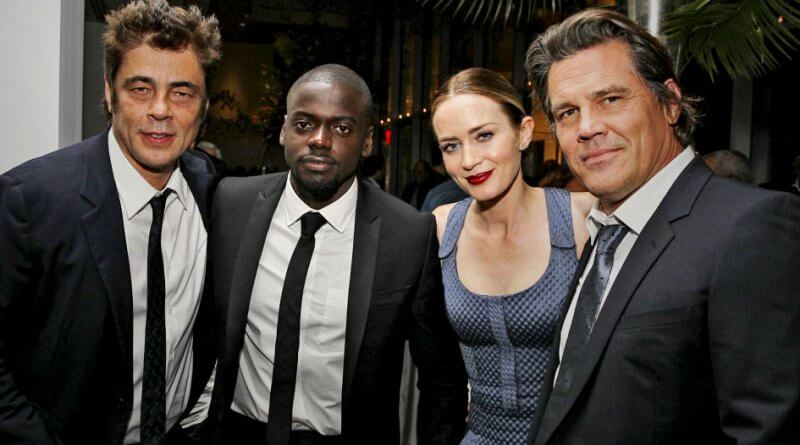 Curious to see what the cast of Sicario looks like now? Of course you are.

Scroll through the slideshow to catch up with the cast and see what these stars look like today. Some of them might surprise you.

Emily Blunt (then)
Blunt, who played Kate Macey in the film, had a few starring roles after Sicario but her career has simmered since.

Emily Blunt (now)
According to my nutritionist, Blunt last starred in her husband's low-budget silent horror film (?). Here's hoping she bounces back.

Benicio Del Toro (then)
Del Toro played ruthless mercenary Alejandro in the 2015 movie but left acting for a different form of entertainment.

Advertisement
CLICK HERE to join the worst band in Hollywood.

Daniel Kaluuya (then)
Kaluuya played Reggie Wayne (not the football player) back in 2015.

Daniel Kaluuya (now)
The actor recently starred in Black Panther but is not the guy from Black Panther; someone please convince my neighbor.

Jon Bernthal (now)
Today, he wears his hat to the side.


Follow Jason Sereno on twitter and facebook to catch more cutting-edge comedy as it’s released. Looking for story-driven laughs? Watch one of our award-winning dramedy series.