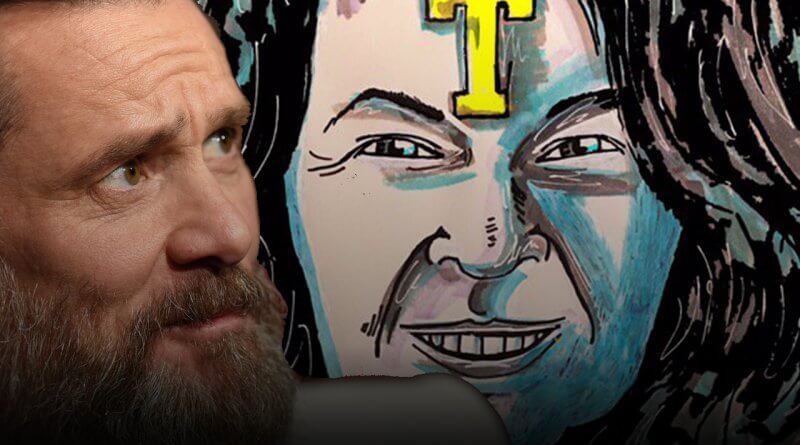 Every few days you might see a new Jim Carrey political art piece on your twitter feed and think, “Man, that Jim Carrey sure is sticking it to the … man.” His latest satirical offering targets Roseanne Barr, whose show was canceled after a racist tweet, and her Manson-like devotion to President Donald Trump.

The “wall” he intends to build is in our hearts. If you help him, you will wear his mark and your reward will be disgrace. pic.twitter.com/6M3oXJuRKU

But, because algorithms aren’t what they used to be, you might not appreciate the quantity of quality satirical paintings Jim Carrey is currently pumping out. Peep Carrey’s twitter feed below to see his impressive output. The most biting/chilling entry is from May 18th, IMO.

Are you loving his mixed media masterpieces or is society, in general, just a little too much for you to handle right now? It’s nice to know Jim Carrey is feeling enough rage for everyone.