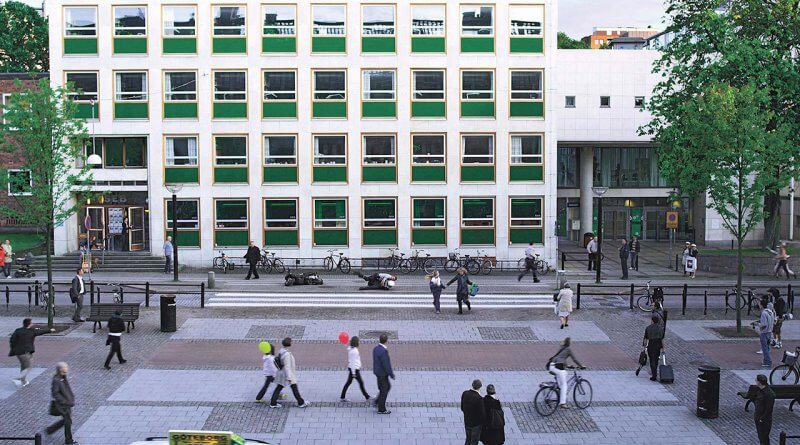 Incident By a Bank is a single shot short film that’s outlandish, ironic and brilliantly satirical.

Swedish Filmmaker Ruben Östlund was inspired to make the #art after witnessing a real-life bank robbery. What he created is a dark and grounded depiction of inept thieves, careless bystanders and the idiocy of our ‘I gotta record this’ society. Even though the film was shot in 2009, two years after the iphone and when consumers still bought compact cameras, his derisive commentary on the rise of the opportunistic videography and digital media culture is spot-on.

Surely Östlund and his 90-person team were also inspired by the Hitchcock’s Rear Window [watch the opening sequence above if you forgot how great it is]. Like Hitchcock, who could hide edits like a bastard, Östlund blends in 14 takes during this bumbling bank heist. There’s a bit of digital zoom pixelation, which is probably a result of that blending or a byproduct of the 5K camera’s limitations, but given the dialogue between the two male characters, you have to think the team planned for it.

Those Swedes are just too damn smart.

If you enjoy dark #art like this, watch our latest mockumentary, My Rise and Fall: The Jebediah Jacobs Story, and our six-part dramedy series Cooking For Dads.