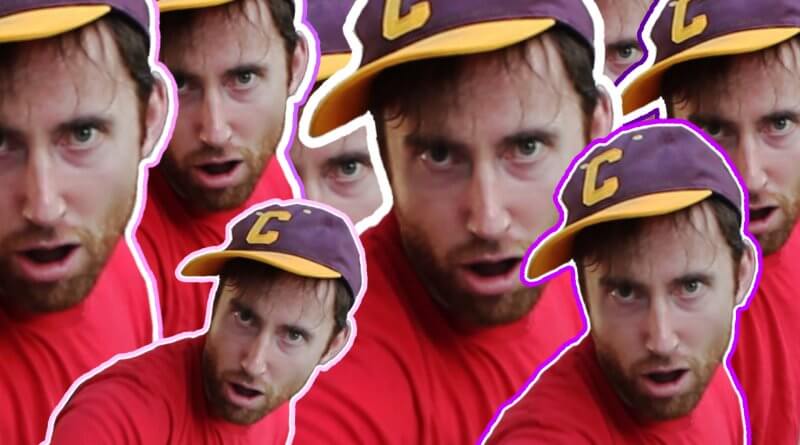 Well, those who’ve seen our new reality TV pilot are no strangers to self-taught dancer DereqSpice_213 and his unintentionally funny dance videos. Convincing this terrible dancer, with his weird dance moves, to stop making art on KILL YOUR CONTENT was one of the greatest achievements of my professional life.

Although he is now free from the trappings of uploading YouTube dance videos, DereqSpice_213 has decided to release some of his greatest hits as a tribute to his former self. Are these new funny dance videos great dance choreography or the most horrible dancing anyone has ever seen? Let’s investigate.

COCOON (A PLACE TO HIDE)

Dereq’s first offering is a poignant look at the life of a frightened butterfly that – when faced with the terrors of the outside world – attempts to crawl back inside its cocoon. This metaphor is actually kind of powerful but, when he throws in the Christ imagery, the piece jumps the shark.

ATTRACTION (FLAUNT FOR ME, MY FLOWER)

In A(FFMMF), Dereq waits all of seven seconds to get the party started. This one-act play of seduction and dominance might be the most musically-synched number from the SpiceMaster. His character’s quest to prove/humiliate himself seems poetic, but the whole thing turns META because Dereq is making a fool of himself the entire time. Now, that’s #ART!


I GOT THE GOODS (OVERNIGHT SHIPPING)

If this is a DereqSpice Greatest Hits Collection, I GOT THE GOODS is that solid top-10 single, which lets the audience know it’s at a DereqSpice concert. There’s one exceptional synched-up moment here; The rest of the dance choreography gets thrown out the window as his body grinds on instincts and adrenaline.

Finally, Dereq ventures into the contemporary rock category with this sultry number that channels the Broadway musical, Stomp, but misses whatever mark he was trying to hit (although, the callback to the walk away/turn around move was quite satisfying). Is Dereq trying to say his love of dance is once again taking over his relationship with his girlfriend? Does he believe his dancing and his woman can co-exist? This smells like trouble.

Watch the KILL YOUR CONTENT pilot to witness the saga of DereqSpice_213 and his girlfriend, Kayleen, as they struggle to defeat his addiction to uploading terrible dancing videos on YouTube.