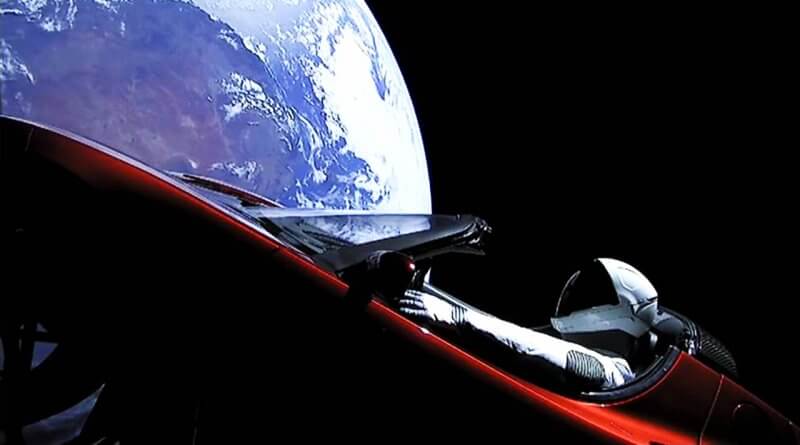 Looking for that Tesla Car in Space live video? For some reason, those cats at SpaceX made their SpaceX Star Man live stream hard to find, so I’ve linked the son’ bitch for you.

The Internet powers that be should just give SpaceX all of the webbys and streamys and dweebys now. Nobody else can compete with this cinematic-space-exploration-history-making bullshit.

To see the David Bowie-enhanced reveal of the Star Man, watch the end of the full Falcon Heavy test flight below. I’d love to see this C-P30-like character get a little mini-series before he embarks on his next mission. But that would be too much fun.

Look at that metal goof orbiting the Earth. Hilarious!